From Las Vegas to the world. Velvet Chains was formed in the well-known American city in 2018 by experienced musicians from the American circuit.

The musical proposal bets on contagious rock sounds, a solid rhythmic section, and catchy guitar and voice melodies, the kind that stick in your head.

The music of the quartet is a mixture of musical styles and personalities through the cultural exchange: both Jerry Quinlan (voice and guitar) and Noelle Schertzer (drums) are American, Laurent Cassiano (guitar) is Brazilian and bassist Nils Goldschmidt, leader of the project, is Chilean.

Guided by what was best done in the grunge and hard rock of the 90s and 00s, the music of Velvet Chains has as reference groups such as Guns N ‘Roses, Alice in Chains, and Pearl Jam, among many others from different Styles, whose elements are condensed to create a unique and characteristic sound.

The mix of styles and nationalities have always had an excellent record in the history of global music; as in The Strokes, Ill Niño, or even Slayer, who, including two Latinos in their initial line-up, managed to leave a mark in metal history.

All the artistic wealth of this mix of origins and influences will be condensed and presented to the public on September 24, when the group releases their debut album, Icarus.

To celebrate this important milestone in her career, Velvet Chains will feature guest artist contributions to some of her songs. For example, guitarist Richard Fortus (Guns N ‘Roses) recorded the guitars on the single “Tattooed.”

Listen to it on all digital platforms https://tinyurl.com/VC-Tattooed

The lyrical content along with the musical quality is another important factor for Velvet Chains: “Our goal was to write songs with important lyrics while covering different genres within Rock from the 90s to the 00s. You will find a bit of heavy rock, a bit of grunge, a bit of alternative rock, and much more on this album ”, explains Nils, founder of the band.

The first single “Tattooed” was released on July 30th. “He talks about how to deal with extremes in relationships and mask the pain that comes from that,” they explain. The song is accompanied by an impressive music video, produced and directed by renowned music video director Dean Karr (Marylin Manson, Iron Maiden, Velvet Revolver, etc.), who conceived the entire narrative of the video, which brings together very intense scenes, which are mixed with the impressive sound of Velvet Chains.

The second single released today on all digital platforms is called “Strangelove”, written from a collaboration between Nils and Drew: “It’s about a unique attraction/love that would never work because it borders on obsession. It will probably have a very positive radio reception, as it has a super catchy beat, and it has even become one of our favorite songs to play live,” concludes Nils.

Icarus
Velvet Chains’ debut album Icarus was co-written with multiplatinum songwriter Drew Lawrence. Recordings took place in early 2021 at different studios: drums were recorded at The Hideout and bass was recorded at The Tone Factory, both in Las Vegas, while guitars and vocals were recorded at The Killroom in Seattle. Sound engineering work was carried out by Greg Williamson, while Tristan Hardin did the mixing and mastering. 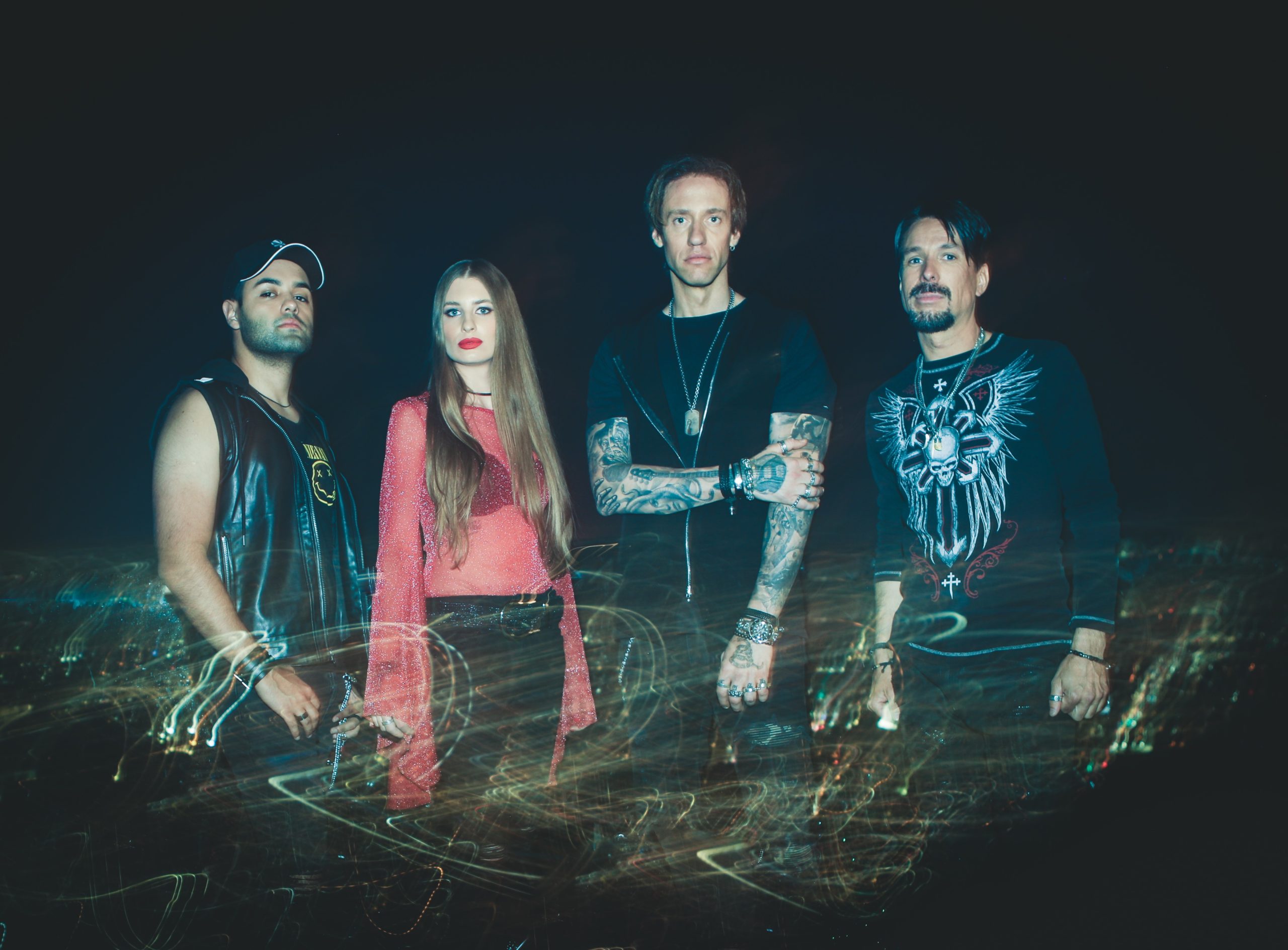