Watch the video and listen to the first single, the buoyant and blistering “Save Me Tonight”, here (video by Natalia Jonderko Śmiechowicz).

“Save Me Tonight” is another powerful melodic rock track which we have chosen to be the first single as well as the opening track of the album,” says Mick Box, Uriah Heep’s venerable and effervescent founding member, “it is made for rock radio and will surely be included on our new set list in 2023.”

“Save Me Tonight comes from a place of frustration and helplessness” adds co-writer and bass player Rimmer, “living through these unprecedented past couple of years but hanging on to this raging hope that we would all meet again! Once again, collaborating with Jeff Scott Soto has been a natural and very creative experience and the perfect platform for me to express these feelings and to carry on the Heep legacy.”

Chaos & Colour is an album which bristles with explosive classic rock guitars, supreme harmonies, and Heep’s famously generous keyboard foundation﻿. It is, unsurprisingly, an album that found its extra thrust during the COVID-19 pandemic, which was as bizarre for Uriah Heep as it was for humanity in general.

“The album title reflects that we were in chaotic times with being locked down, tours being cancelled, businesses folding, and all the chaos that was thrown into the world,” explains Box, “and as far as I could see it, the only colour people had was through music. It helped so many people get through those difficult years, using that strength and power which music has, to make those bad times not quite so bad.”

There were still the looming spectre of protocols and rules to follow in the middle of 2021, as the world tried to find its feet. Heep slowly found their way into Chapel Studios in London during the summer of 2021 as restrictions were tentatively lifted, working once again with Jay Ruston (Anthrax, Corey Taylor, Black Star Riders).

“Jay was completely on board with what we are trying to achieve in the studio,” says Box. “We’re a band that has a fantastic heritage and to carry on that tradition it was vitally important that the band recorded in the studio all playing at the same time. Jay understood that and he pulled out the best of us as a band, as well as individual players, while getting us some amazing sounds.”

Led by Box, it is no surprise that themes of light, love and, ultimately, positivity are constant through the album eleven tracks. “One Nation, One Sun” is a journey of soaring balladic contemplation, “Fly Like An Eagle” takes the listener on a journey of meditation, whilst “Closer To Your Dreams” is a battle cry for all rockers to get out there and do it, with Shaw imploring that “So many have tried but slipped away/Now it’s time for you to have your say.” During the entire album, Bernie Shaw’s timeless vocals sit expertly beside the band’s phenomenal artistry (Mick Box – guitar, Phil Lanzon – keyboard, Russell Gilbrook – drums, Dave Rimmer – bass), rounding out exceptional performances throughout.

Produced by Jay Ruston, and engineered by Pieter Rietkerk, Chaos & Colour is a superb album of quality hard rock from the pioneers of the genre who continue to create top class material. Old fans will be reinvigorated whilst new fans will surely find Chaos & Colour an exceptional discovery.

Following the intense disruption to live music caused by the pandemic, the band are ecstatic to be back on the road and continue to bring their live show across Europe this winter. For a full list of confirmed dates, tickets, and additional information visit this this location

Chaos & Colour will be available to pre-order from November 8, in Black and Coloured Vinyl configurations, as a standard CD Digipak, a Deluxe CD packaged in a hardcover book with Uriah Heep’s Chaos & Colour signature patch and in digital formats.

*CD and Digital only
**Deluxe CD only 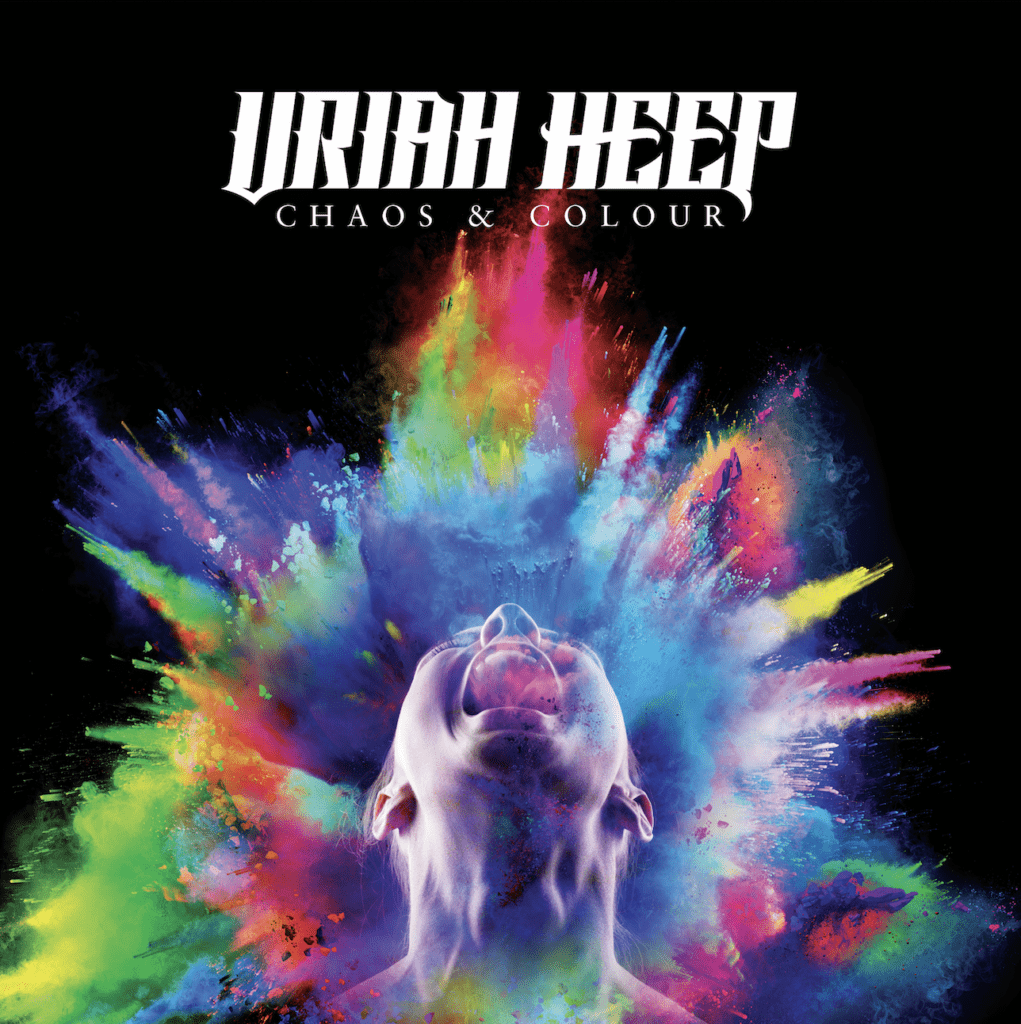