The trailer to the documentary can be viewed here:
https://www.youtube.com/watch?v=tX0CyneBdy0&feature=youtu.be

The digital soundtrack can be streamed here:
https://triumph.lnk.to/soundtrack

Directed by Banger Films’ Sam Dunn and Marc Ricciardelli, ‘Triumph: Rock & Roll Machine’ delivers on revisiting a band that sold millions of albums, played for millions of fans, and never put themselves above their audience.

“Triumph lays it all on the line in this endlessly fascinating documentary, in turn cementing their legacy as a tireless Canadian rock trio whose galvanizing magic power — as evidenced on both the live stage and within the grooves of their many brilliant albums — could simply not be contained. Triumph’s ongoing, lasting musical impact resides well beyond their native border.”
–Mike Mettler, Sound & Vision Magazine

“The Triumph story was compelling to me, Marc, and the Banger team because it was an opportunity to piece together a broken puzzle,” says Dunn. “We wanted to know how and why the band dissolved at the peak of their powers. It was quite the ride!”

“Sam and Marc did an outstanding job documenting what it has been like to have been aboard the Triumph train for the past near-50 years,” raves Triumph bassist Mike Levine. “For fans old, new, and those to come in the future, this is all they’ll need to know about the band.”

The Triumph line-up – Rik Emmett, Gil Moore, and Mike Levine – rocked the world, and in the process, gave us countless classic hard rock anthems (“Fight the Good Fight,” “Hold On,” “Magic Power,” “I Live for the Weekend,” “Lay It On the Line,” and of course, “Rock & Roll Machine,” and albums (Just a Game, Progressions of Power, Allied Forces, Never Surrender, Thunder Seven, etc.).

Originally formed in 1975 and hailing from Mississauga, Ontario, Canada, the trio was always proud of their Great White North roots. And seemingly ever since their inception, Triumph was on the cutting edge of technology when it came to their live show – particularly lighting, sound, and effects.

Sophisticated lasers, pyrotechnics and moving lighting rigs, all computer-controlled – Triumph was one of the first arena rock bands to incorporate all of these elements into their shows. Triumph’s headlining tours were legendary, and the band was featured on many memorable stadium/outdoor shows – including the US Festival, the World Series of Rock, the American Rock Festival and Texxas Jam, Day on the Green, to name but a few.

“One of the best music documentaries I’ve ever seen, ‘Rock & Roll Machine’ is a superbly crafted documentary – an in-depth look at a band that makes me proud to be Canadian…a true TRIUMPH of a story!” — Jason Rockman, iHeart Radio / CHOM FM.

The film is produced by Banger Films in association with Revolver Films, Bell Media’s Crave, Live Nation Productions and NBC Universal Canada, along with the participation of the Rogers Documentary Fund and Slaight Communications Inc. 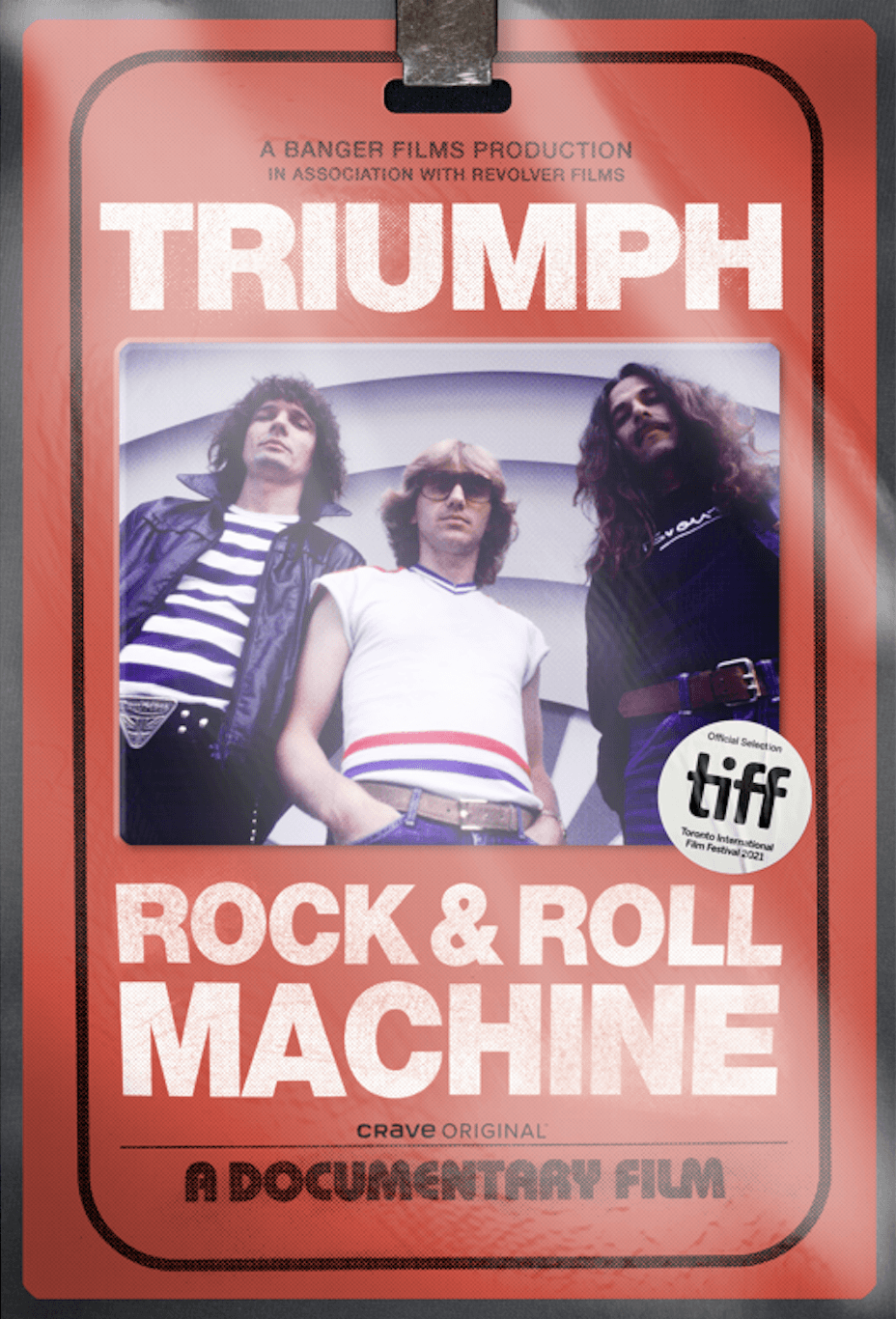 Publicity, marketing and consulting firm in the music industry.