This summer/fall of 2021, the Jeremy Edge Project will be hitting the road to do some shows in the northeast.

The band will be sharing a bill with Randy Hansen’s Hendrix Experience on August 28th in Addison, NY, and also co-headlining the Cowanesque Rock and Blues Fest in Knoxville PA with Dustin Douglas and the Electric Gentleman on September 5th.

Edge: “It feels great to be playing live again. 2020 was a rough year for everyone, but I am still grateful we got a chance to write and record a lot of music. Now it’s time to get out there and get to work!”

A video performance of the Cream/Robert Johnson classic, “Crossroads” (cover by The Jeremy Edge Project -The Garage Sessions) can be viewed here: https://youtu.be/UCFo9Ja2t2E

Currently supporting the 2020 self-titled release and recent “Garage Session” series of videos, Edge has a new full length album in the works, and is looking forward to a late 2021 release as follow up to the 2020 debut. That LP was released on vinyl, CD and digital outlets, with the single “Firedancer” hitting #9 on Foundations and #22 on Billboard’s indicator charts.

Edge: “The new record is shaping up to be another mixed concoction of styles. Not a ‘true blues’ record, not just ‘throwback 70s,’ and certainly not all modern rock, but it’s all going to be mixed in there. I’ve been getting back into the stuff my older sisters used to expose me to growing up – all the great 70s and early 80s stuff people forget like, Grand Funk, Rare Earth, Uriah Heep, April Wine, Aldo Nova, Johnny Winter, Free, T Rex, Humble Pie, James Gang etc., and it’s coming out in the music. I’ve been on a soul kick lately too. It’s going to be fun!” 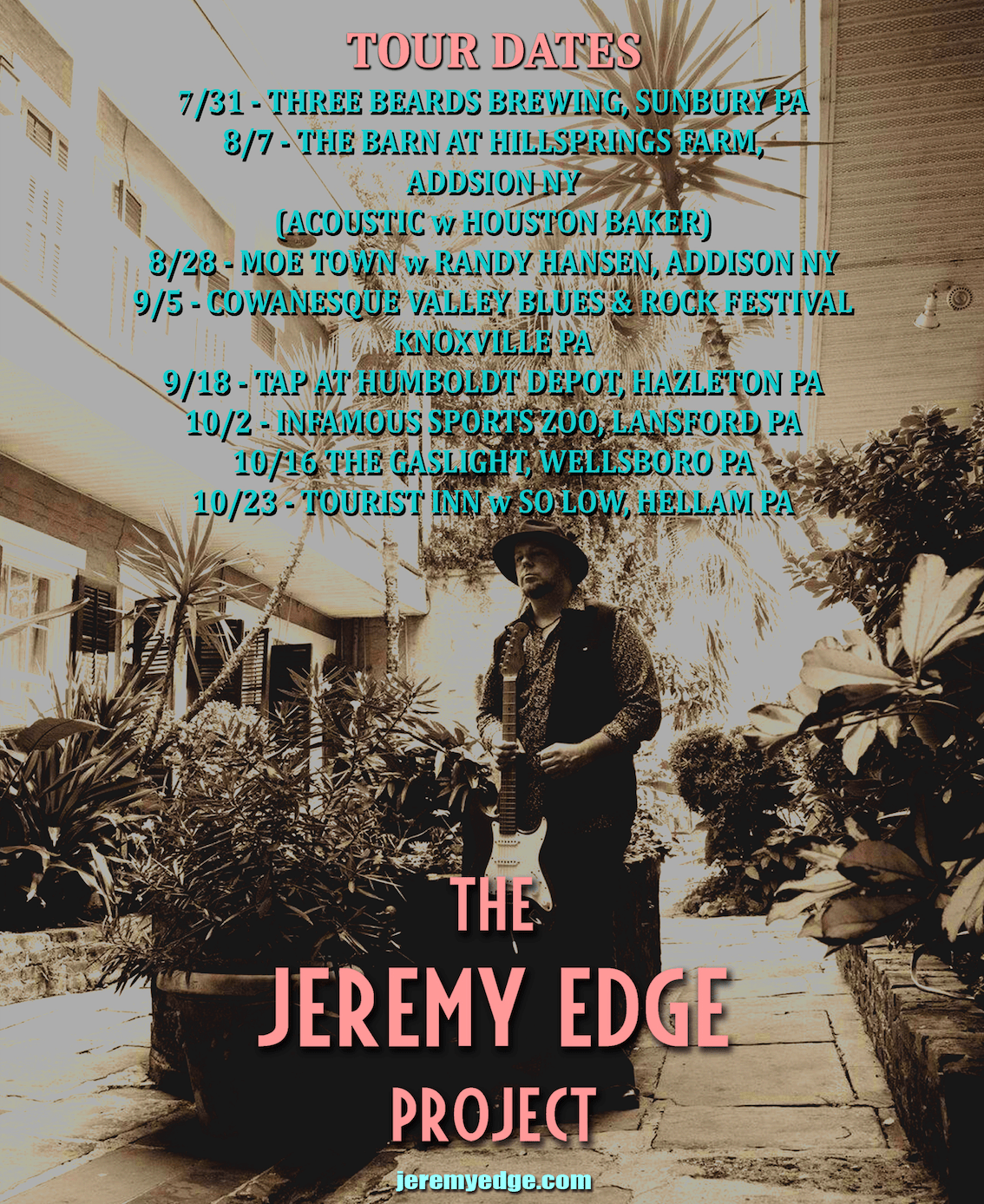