Legendary guitarist Steve Hackett, has released his new studio rock album Surrender of Silence via Inside Out Music. The album features 11 new songs as Steve has been working hard through Lockdown and, for the first time, has completed two studio albums for release within the same year!

Marking both the release of the new album, as well as the beginning of his UK tour, a video for the track ‘Scorched Earth’ can be seen here: https://youtu.be/DhXFA7B08xM

Steve comments: “I’m hugely proud of my new album Surrender of Silence! It involves a fantastic team and features a wide variety of musical styles, from metal macabre to romance. I’m thrilled it’s coming out and looking forward to playing highlights from it live on the upcoming tour…”

Watch the video for the first single ‘Wingbeats’ here: https://www.youtube.com/watch?v=-8qOFpMaRLo

Watch the video for the third single ‘Natalia’ here: https://www.youtube.com/watch?v=ZbW9tCJ9Snc

Hot on the heels of his classical-acoustic travelogue Under A Mediterranean Sky, which was released in January and hit Number 2 in the UK Classical Album Chart, Surrender of Silence is a further exploration of Hackett’s love of world music, discovering different sounds, moods and textures to deliver a rock album of extraordinary variety, power and beauty.

As with Under A Mediterranean Sky, Surrender of Silence was also recorded during Lockdown and, again, Hackett has called upon some of his musical friends from across the world to contribute. Hackett’s regular touring band of Roger King (keyboards, programming and orchestral arrangements), Rob Townsend (sax, clarinet), Jonas Reingold (bass), Nad Sylvan (vocals) and Craig Blundell (drums) are supplemented by Phil Ehart and Nick D’Virgilio (drums), the vocal talents of Amanda Lehmann, Durga and Lorelei McBroom, Christine Townsend (violin, viola), Malik Mansurov (tar) and Sodirkhon Ubaidulloev (dutar).

This new album is full-on electric…

“Lockdown cobwebs are blown away in one fell-swoop here!” says Steve Hackett. “With the monster rhythm section of Jonas, Craig, Nick and Phil along with Rob’s soaring sax and bass clarinet, Nad, Amanda and myself on vocals, Roger’s darkly powerful organ and my guitar, we plunge full-pelt into that wild release of energy.”

Our journey takes us from the classical orchestrations of Russia (Natalia) to the plains of Africa (Wingbeats) to mysterious Eastern shores (Shanghai To Samarkand), all via the ocean’s depths (Relaxation Music for Sharks (featuring feeding frenzy)). The Devil’s Cathedral pools the talents of Hackett’s entire touring band and features King’s atmospheric Gothic organ and a powerhouse rhythm display from Blundell and Reingold.

Hackett’s vocals have never been bettered and his duet with Amanda Lehmann adds emotion to Scorched Earth a lament for the environmental horrors facing our planet. Throughout Hackett’s guitars add a rich tapestry of colour with soaring solos and intricate weaving melodies.

“It’s a ‘no holds barred’ album,” adds Hackett, “riding that wave, unleashing those demons, dreams and nightmares, all crashing together over the shore.

“I enjoyed the power of this album allowing my guitar to scream in joy and rage… and once again flying across those oceans to distant lands. It’s terrific to connect creatively with musicians from far flung places, particularly when we’ve all been unable to meet. We all have a voice in our cacophony of sound and we cry out together in the Surrender of Silence!”

Steve Hackett joined Genesis at the beginning of 1971 and gained an international reputation as the guitarist in the band’s classic line-up alongside Peter Gabriel, Tony Banks, Mike Rutherford and Phil Collins. Hackett’s intricate guitar work was a key element of Genesis’ albums from Nursery Cryme (1971) to Wind And Wuthering (1977) including the classic Selling England By The Pound.

After leaving Genesis at the end of 1977, Hackett’s solo career, which now spans more than 30 albums, has demonstrated his extraordinary versatility with both electric and acoustic guitar. Hackett is renowned as both an immensely talented and innovative rock musician and a virtuoso classical guitarist and composer and this was recognised in 2010 when he was inducted into the Rock Hall Of Fame. He has also worked alongside Steve Howe of YES in the supergroup GTR.

Hackett’s compositions take influences from many genres, including jazz, classical and blues. For his later studio works The Night Siren (2017) and At The Edge Of Light (2019) Hackett has explored the influences of world music. Recent tours have seen Hackett celebrate his time with Genesis including a spectacular 2018 tour in which he realized a long-held ambition to perform the works of Genesis live with his band and an orchestra.

The lockdown enforced by the 2020 global pandemic has proven to be a particularly creative period for Hackett. He began by releasing Selling England by the Pound & Spectral Mornings: Live at Hammersmith, a live recording of 2019’s hugely successful tour celebrating that Genesis classic together with the 40th anniversary of one of his most-loved solo albums. Lockdown also gave Hackett the opportunity to write and record two new studio albums, the UK Classical Chart hit Under A Mediterranean Sky and the forthcoming Surrender of Silence. 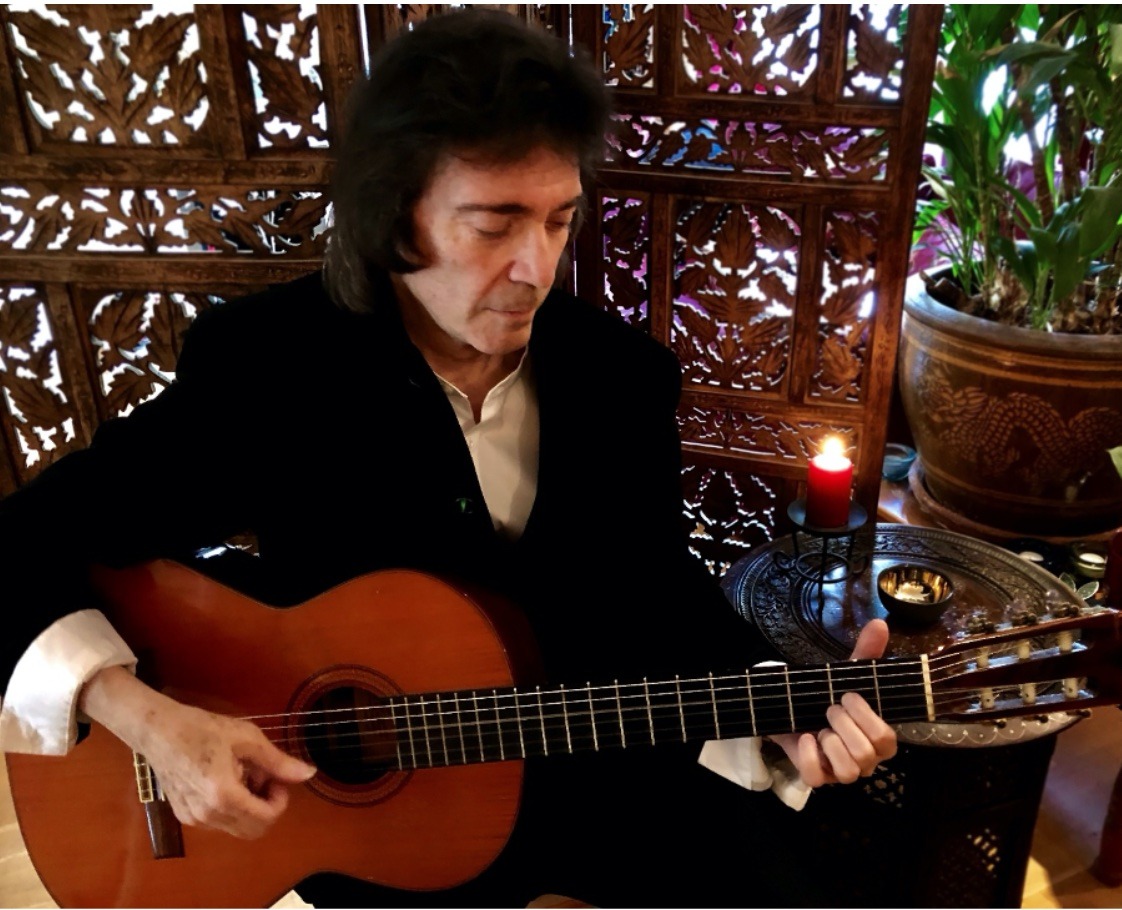 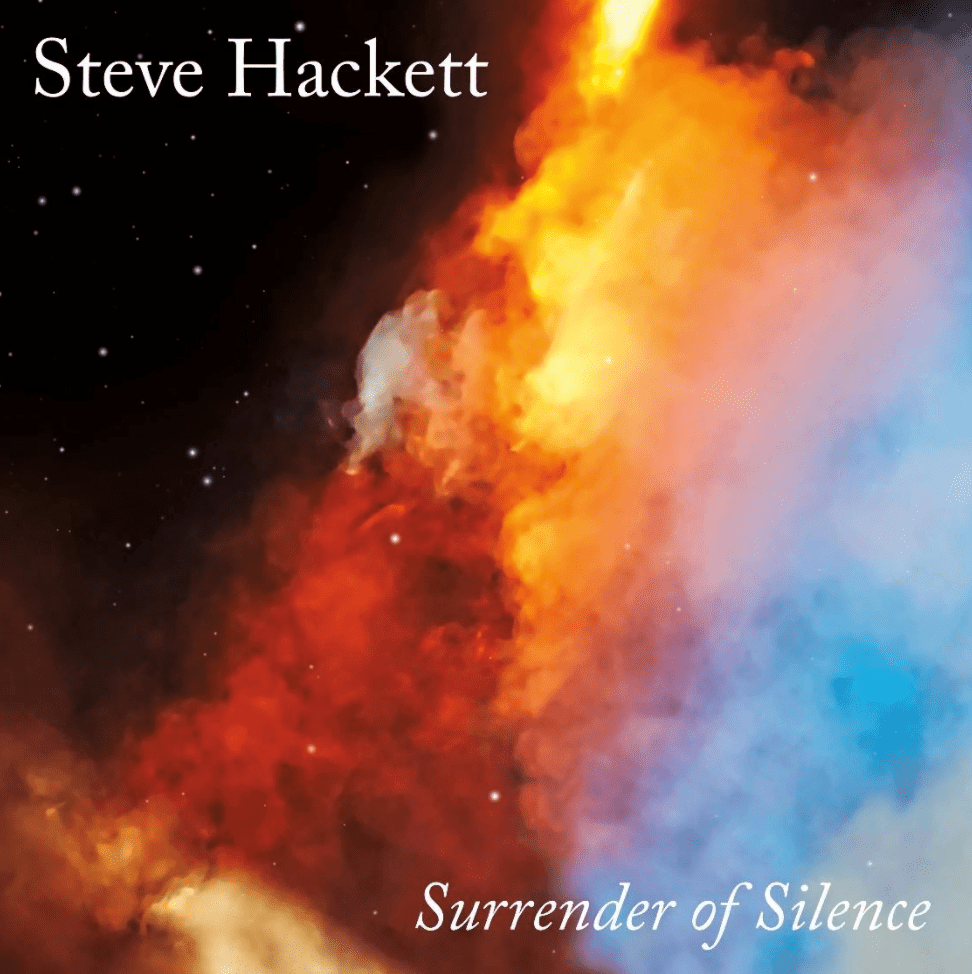