PHILADELPHIA, PA—September 22, 2022–Scream Taker is the brand-new outfit fronted by Buffalo Music Hall of Fame vocalist Jim Crean (Appice Brothers), alongside French guitarist Steph Honde (Paul Di’Anno, Hollywood Monster), and legendary drummer Vinny Appice (Dio, Black Sabbath, Appice Brothers). The three musicians have created a classic hard rock album in the vein of Dio, which is no surprise as Vinny Appice is one of the founding members of the original Dio band. .

Scream Taker recorded the album during the pandemic and post Jim Crean’s short lived tenure with former KISS guitarist Vinnie Vincent. Crean was to perform with Vincent in his comeback performance alongside Carmine Appice (Ozzy Osbourne, Vanilla Fudge, Appice Brothers) and Tony Franklin (the Firm, Blue Murder), which unfortunately never materialized. Scream Taker is quickly getting noticed for its powerful combination of heavy riffs and soaring melodies, with offers already coming in for the band to take the show on the road in 2024.

Scream Taker’s first single and video, “Stone Cold,” is out now. In Crean’s own words, “[It] is about the King of the Vampires searching for his queen. Once the king has chosen his bride, he must bite her and she becomes his queen, to forever serve the master and oversee the undead. The husband of the queen relentlessly tries to rescue her to no avail. The hero falls, brought down by the undead, and is left to roam for eternity!”

Kill the Beautiful unleashes twelve original songs including standout tracks “The Curse of the Werewolf,” “Shattered Mirror,” and the title track, “Kill the Beautiful.” Guitarist Steph Honde comments, “Scream Taker goes back to the roots of hard rock: real drums, real amps and no fxxxxxx auto tune. PLAY IT LOUD!” Vinny Appice continues, “This record is a journey through the dark, loud, and heavy. It kicks ass!”

There are limited edition bundles (while supplies last) for Kill the Beautiful, which can be ordered via: https://www.merchbucket.com/collections/scream-taker

FOR ALL THINGS CARL PALMER: 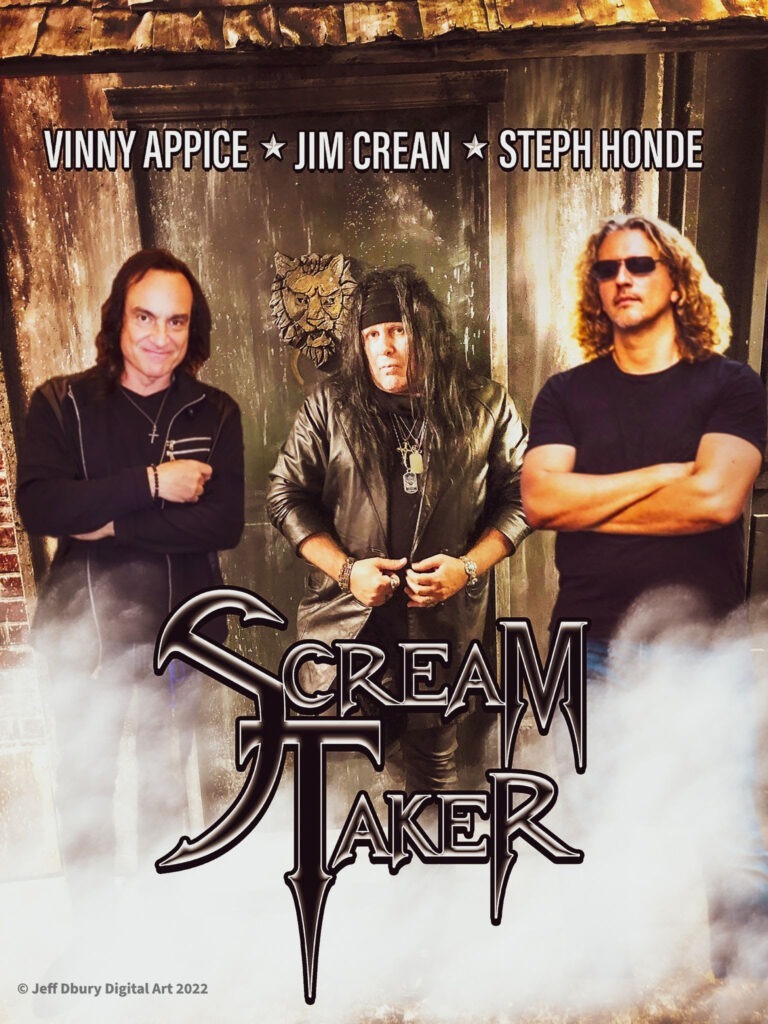