Guitarist GARY RICHRATH was an integral part of classic rockers REO SPEEDWAGON – as his soaring guitar lines helped propel such classics as “Take It on the Run,” “Golden Country,” and “Ridin’ the Storm Out.” While Gary is sadly no longer with us (having passed away in 2015) his music continues to live on as part of RICHRATH PROJECT 3:13, and a brand new album, ‘L.A. IS MINE.’ The album is set for its worldwide release on Friday, August 6th, 2021 via Dark Star/Sony/Orchard/UMG and the album’s lead-off single/video, “Help Me Save Me from Myself,” can be sampled here: http://bit.ly/313musicvideo

The band’s singer/guitarist, MICHAEL JAHNZ, explains the song’s creation. “Written by Gary Richrath, I added my own personality to the song in the arrangement. This is a song that Gary and I worked on and ultimately recorded demos of, in my studio here in the Milwaukee area. My current sound engineer was able to isolate Gary’s guitar tracks from our demos all those years ago and my current band rounded out the recording of ‘Help Me Save Me from Myself.’ With myself singing lead and Gary’s original background vocals added from our demo, I added many different harmonies with my new background vocals to really give it a great sound, the results of which I’m really proud of.”

“Gary never really told me the story behind his lyrics.” Many can speculate. For me, the song can portray anyone who feels their demons, whatever they may be, drinking, drugs, depression, overeating, gambling, are something they need saving from. The person, is reaching out for someone to hold them, care about them and save them from the things that are out of control in their lives. The video however starts off with a sad, desperate, even angry kind of mood, working through trying to get rid of their vices and ultimately coming out the other side with friendship, family, hugs and love. The bright light at the end of the tunnel. The creativity and the amazing visual locations provided the perfect backdrop for this video. I think it serves as a powerful message for people struggling with all sorts of issues and emotions. I truly hope it’ll strike a chord with people and give them a sense of hope.”

It turns out that the origins of the project stretch back several decades. Jahnz started the REO connection when he became lead vocalist and front man for Richrath in the early ‘90s (after Gary exited REO). The pair toured together for over a decade as the Richrath Band, playing songs Gary had written for REO Speedwagon, as well as original tunes that Michael had written with Gary (releasing an album in 1992, ‘ONLY THE STRONG SURVIVE’).

Michael: “He took me under his wing and I had the opportunity to sing, write, record and perform with the great musician. He always told me, don’t write a song for a hit, write it about something that means something to you.”

Michael and Richrath Project 3:13 continue to honor the memory of the late Gary Richrath at every show. The band is excited to announce the upcoming release of their new album, which will include never before heard songs that Gary and Michael had worked on together, a few of which have Gary’s actual guitar tracks on them! Honoring the legend and continuing his legacy.

Over the course of their time together, Gary and Michael recorded numerous tracks for a follow- up album. In 2019, the record company that originally released the ‘Only the Strong Survive’ album approached Michael with the idea of re-releasing ‘Only the Strong Survive’ and also wanted Michael to record a new album to carry on Gary’s legacy with those demos he and Gary had worked on all those years ago.

The re-release did happen in 2019, and Michael simultaneously decided to resurrect the Richrath Band and so, Richrath Project 3:13 was born – with the name based on the Michael and Gary “thing” which was a phenomenon they continuously found themselves seeing (3:13) and also referring to the time they would always find themselves in the studio, 3:13 am.

Dark Star Records stepped in and decided to pick up the project and signed Richrath Project 3:13 to their label on a very apropos date- you got it 3/13/2021!

‘L.A. Is Mine’ features tracks with and without Gary Richrath (they are some of the only remaining, never before heard tracks, written and performed by Gary). It will include 5 new originals, 3 new Gary Richrath songs with him on guitar, and re-recorded versions of “Ridin’ the Storm Out” and “Son of A Poor Man” as bonus tracks.

Gary was a principal songwriter on the majority of REO’s classic records, and was well known for his unforgettable stage presence. Simply put, Richrath Project 3:13 is a version of REO Speedwagon in their early years – when they rocked harder and weren’t so “ballad-based.”

Michael: “Gary’s soul came through his guitar playing. He didn’t try to sound like anything in particular, just himself, no special effects, just him playing through his coily cord into a Marshall amp. The thing he most wanted to get across to me is to sing with my heart and soul, with true feeling, like he did with his guitar. In my opinion, I think part of his soul was lost when he left REO, but his genuine kindness was always there, shining through his amazing guitar playing.”

RICHRATH PROJECT 3:13, takes you back to the beginnings of REO SPEEDWAGON, and tells the story of GARY RICHRATH via his music up to his passing and beyond – over the course of a two hour performance including a multimedia show that documents Gary and Michael’s history. The show also includes some of Michael’s awesome new original songs performed by the newest version of Richrath Project 3:13 with a group of very talented musicians, including Dennis Pockets on lead guitar, Scott Weber on keyboards, Doug Janssen on bass and Andy Crownover on drums.

Michael: “We are anxious for our fans to hear the original tunes I have written. Just like Gary had taught me all those years ago, I tried to write songs about things that mean something to me, and I believe that comes through in all the lyrics of the new songs. We feel they turned out just dynamite. We’re looking forward to seeing the reaction to our first music video as well. As far as the future, we already have songs for the second Richrath Project 3:13 album, plan on touring the country like crazy and entertaining our fans for years to come!”

‘L.A. Is Mine’ Tracklisting 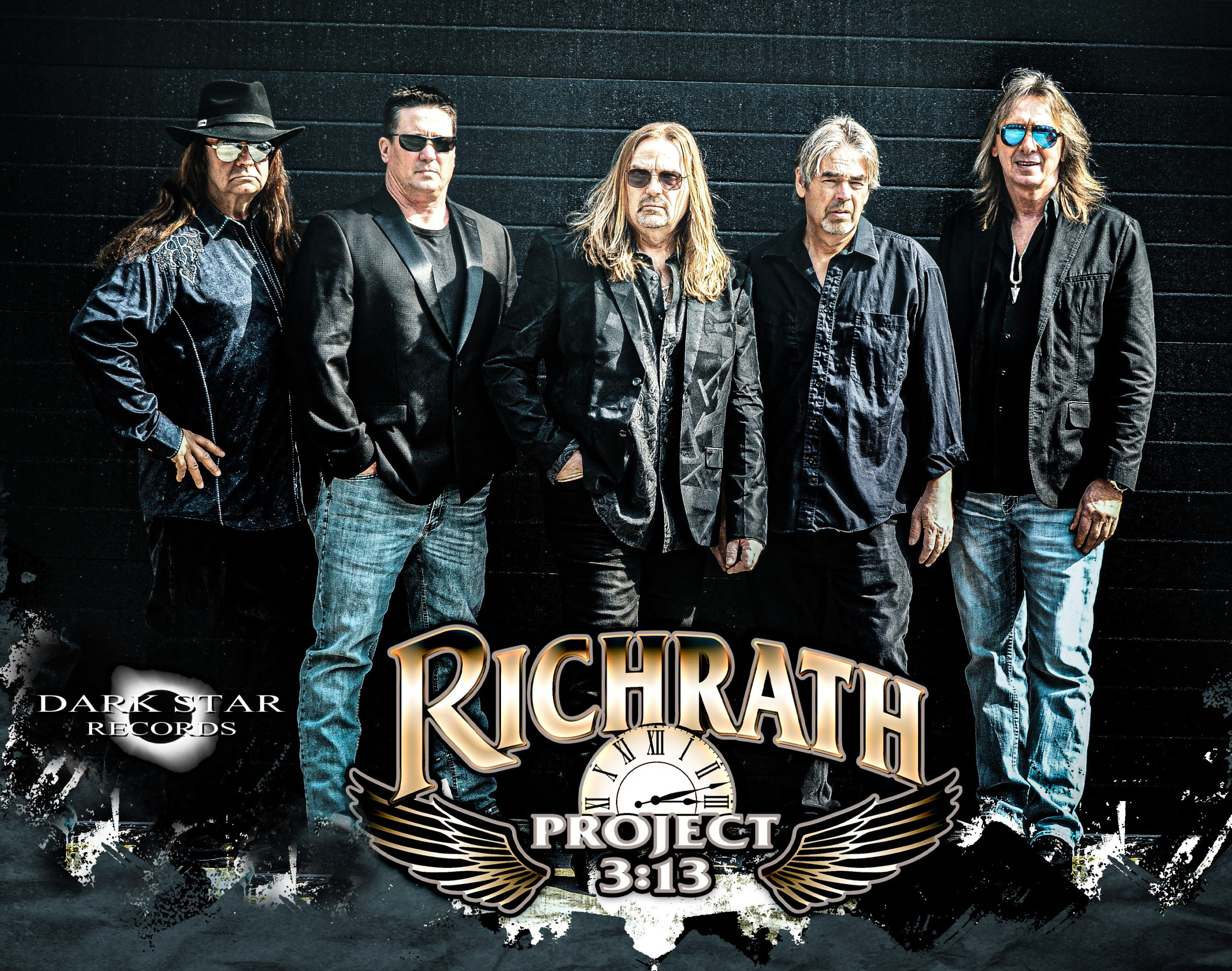 Copyright © 2021 Chipster PR & Consulting, Inc., All rights reserved.
You are receiving this announcement because we want you to be among the first to know about this great news! Interviews, tickets and review copies are available upon request. Thank you for your interest in our clients, we appreciate your help in spreading the word!