PHILADELPHIA, PA–October 31, 2022–John ‍Entwistle is best known as the legendary bassist ‍for the Who. Nicknamed the Ox and Thunderfingers, Entwistle’s music career spanned over four decades. Entwistle was inducted into the Rock and Roll Hall of Fame as a member of the Who in 1990. Renowned for his musical prowess, Bass Player magazine named the bassist at number seven. Entwistle was voted as the greatest bassist ‍of all time in a 2011 Rolling Stone magazine readers’ poll and in its special “100 Greatest Bass Players” issue in 2017.

Rarities Oxhumed–Volume One dropped on October 21. It is the first in a series of posthumous releases coming from John Entwistle as part of a new partnership with Deko Entertainment and longtime friend and collaborator Steve Luongo. There are 13 tracks in total. Included are the demos for the Who’s “Where Ya Going Now” and “Life Goes On”; the unreleased studio track “I Wouldn’t Sleep With You”; and live tracks “Trick of the Light” and “Under a Raging Moon,” recorded during the John Entwistle Band’s final tour in 2001. All are packaged in a 6-panel digipak with artwork conceived by Chris Entwistle–John’s son–and Steve Luongo. There is also a limited edition expanded booklet with never-before-seen photos and a track-by-track description giving details of each of the 13 tracks included in this release.

“Bogey Man” was originally recorded in the 70’s with Keith Moon of the Who on drums. As explained in the expanded booklet, the resurrection of this song was kismet. Entwistle began his quest with just a demo cassette of a rhythm track with Entwistle’s vocal and horns. When Steve Luongo identified Keith Moon on drums, Entwistle futilely made an exhaustive search for the multi-track tape, so he could add the missing tracks and complete the song. As he was giving up, “…a bloody loud bang from behind scarred me half to death.” It was the “Bogey Man” multi-track tape. Entwistle described the event as “spooky!”

Pick up Rarities Oxhumed–Volume One and special limited bundles via MerchBucket.com

Rarities Oxhumed–Volume One Tracklist:
“Bogey Man”
“Darker Side of Night”
“I’ll Try Again Today”
“When You See the Light”
“Back on the Road”
“Left for Dead” (Alternate Version)
“I Wouldn’t Sleep With You”
“Don’t Be a Sucker”
“Life Goes On” (Demo)
“Where Ya Going Now” (Demo)
“Trick of the Light” (Live)
“Under a Raging Moon” (Live)
“Shakin’ All Over” (Live) 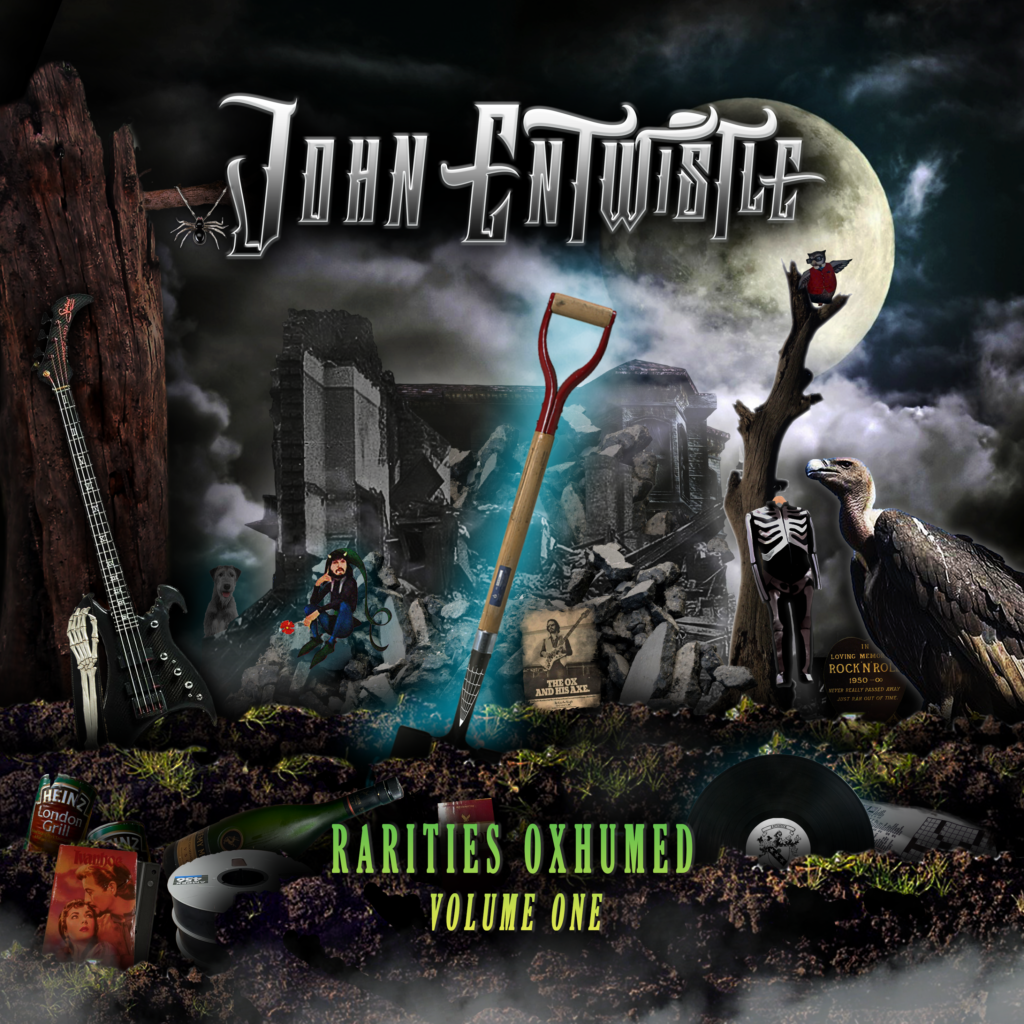