Back in 1983, Canadian hard rockers Coney Hatch rocked arenas on a bill with Iron Maiden. And soon, Coney Hatch will be hitting the road again with Iron Maiden’s leader, Steve Harris, when the lads will open shows for Harris’ British Lion, on a full UK tour (tickets are on sale now from britishlionuk This will be the band’s first ever UK tour (aside from a couple of one-off shows at Nottingham Firefest in 2011 and 2014) and featuring three members of the original 1980’s line-up: bass player & vocalist Andy Curran, lead vocalist & guitarist Carl Dixon, and drummer Dave Ketchum, along with guitarist Sean Kelly (who joined the band in 2018).

“The history between Steve Harris and Coney Hatch dates back to 1983, and the Iron Maiden ‘Piece of Mind Tour,’ and we all got along famously,” recalls Ketchum. “We did some Canadian dates supporting British Lion back in 2018,” adds Curran. “And it was a giant rock n roll love in….so we’ve decided to extend that caravan, and we’re thrilled to join them again in the UK where we’ve only ever performed once.” Fans can expect to hear such Coney Hatch classics as “Devil’s Deck,” “Monkey Bars,” and “Stand Up” on the upcoming tour with British Lion.

Also, arriving soon will be a live album, ‘Postcard from Germany.’ “We’re very excited and grateful that after all these years, we’re still getting along and releasing new songs. We’re a brotherhood and this new live record totally captures the spirit of Coney Hatch live. In your face double guitar attack! Also two spankin’ new songs to boot! That’s a pretty cool thing for our fans.”

Prior to joining British Lion in the UK, Coney Hatch will play their only Canadian show at the legendary El Mocambo in Toronto on December 29, 2022 .

This performance will celebrate the 40th Anniversary of their debut record, and the band will perform their first record in its entirety from top to bottom.

Tickets will go on sale next week at elmocambo.com 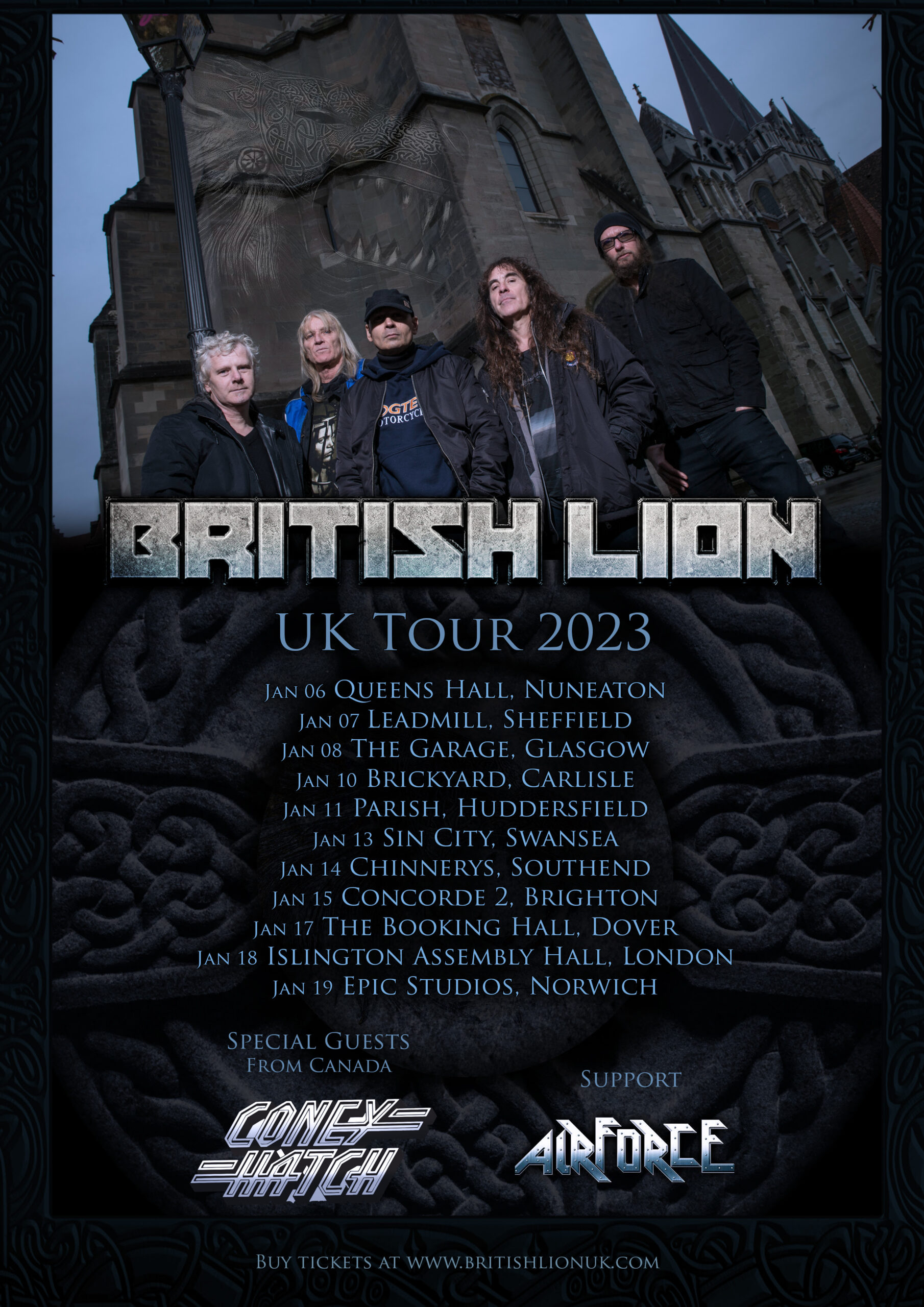