Albert Bouchard is best known as a founding member of Blue Öyster Cult, along with his brother and bassist Joe Bouchard. The original line-up sold millions of albums for Columbia Records, with such classic songs as “(Don’t Fear) The Reaper” and the #1 hit on the Billboard Mainstream Rock chart “Burning For You”, with both contributing to songwriting, and lead vocals on some of their greatest songs, such as “Cites on Flame with Rock and Roll” and “Hot Rails To Hell”.

Albert Bouchard is back with “Imaginos 2 – Bombs Over Germany (minus zero and counting)”, continuing the Trilogy of Imaginos, a concept album about an alien conspiracy that is brought to fruition during the late 19th and early 20th century through the actions of Imaginos, an agent of evil. The album weaves scripts and poems by the late Sandy Pearlman. Albert has just released a video for the track “OD’d On Life Itself” and describes it as follows, “This video was made with the invaluable assistance of Kenny the puppet, the evil sock monkey (who has traveled all over the world with me), flying violins, the Shadow, two years worth of prescription bottles and homemade special effects. It tells the story of those people with too vivid imaginations mashed up with bad cases of insomnia.”

To celebrate this new release and all things Blue Öyster Cult, both Albert and Joe will be making a rare in-store appearance at Blue Raven’s Art Rock Revival in Frenchtown, NJ on November 20th from Noon-2:00 P.M. where they will be on hand to meet with fans and sign memorabilia.  This will be followed by a special free livestream event at 3:30 PM (EST) hosted by Sirius XM’s Keith Roth and presented by Deko Entertainment and Volume.com.  The guys will premier a recently recorded Bouchard Brothers show covering new material and all the BÖC classics, and will take questions in a Live Q&A that you will not want to miss.

Imaginos 2 – Bombs Over Germany (minus zero and counting)” is out now through Rockheart Records/Deko Entertainment and features guests Ross The Boss (Dictators), Joe Cerisano (Silver Condor, TSO), and reunites original Blue Öyster Cult members Eric Bloom, Donald “Buck Dharma” Roeser and Joe Bouchard, as well current BOC member Richie Castellano, who all contribute to this latest installment. The album also features reworks of classics like “Cities on Flame with Rock and Roll”, “The Red and the Black”, and “Dominance and Submission”.

There are limited edition Imaginos II bundles (while supplies last), which can be ordered via: https://bit.ly/AlbertBouchard

“Imaginos II – Bombs Over Germany (minus zero and counting)” Tracklist:
1. When War Comes
2. Independence Day
3. 7 Screaming Dizbusters
4. OD’d On Life Itself
5. II Duce
6. Bombs Over Germany
7. Before The Kiss (A Redcap)
8. Three Sisters
9. Quicklime Girl (Mistress of the Salmon Salt)
10. The Red and the Black
11. Dominance and Submission
12. Shadow of California
13. Cities on Flame (With Rock and Roll)
14. Half Life Time 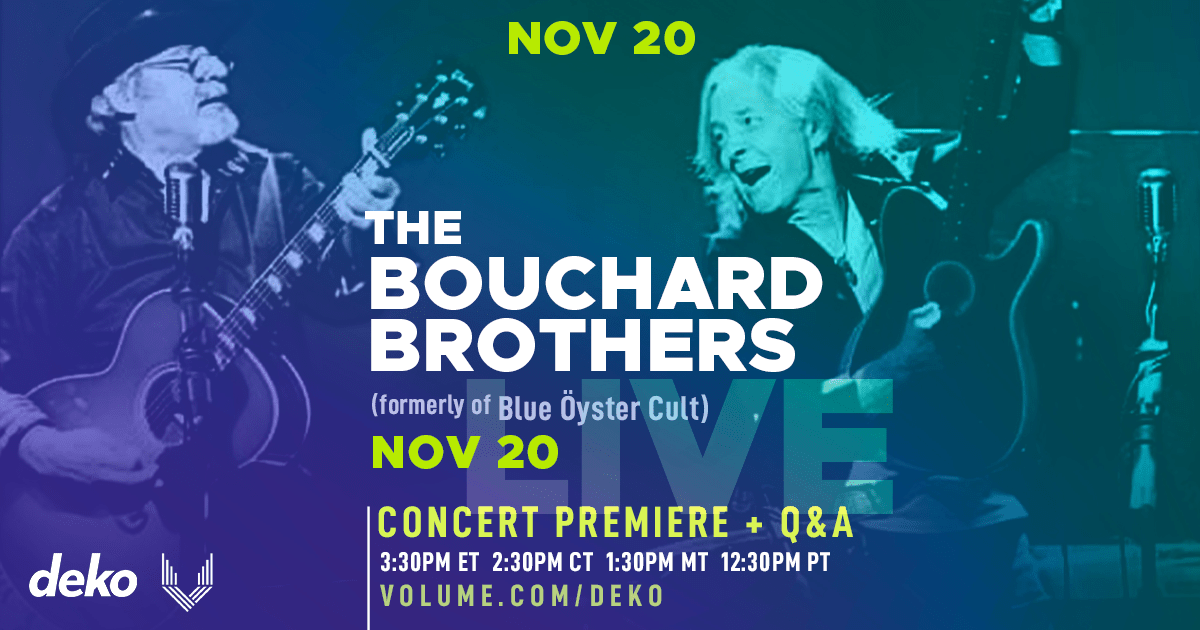