THE BILLION DOLLAR QUESTION:
WHAT IS THE FUTURE OF THE MUSIC INDUSTRY?

Legendary rock music manager Ace Trump launches his new podcast tackling the big question: what is the future of the music industry?

The music industry adapted when consumers switched to digital music and pivoted to focus on live music revenue – but what could industry do when Covid shut the world down for 2 years? Added to this, with Brexit, decades of visa-less work permits enabling European touring came to an end. This perfect storm has decimated the global music industry.

Ace kicks off a series of conversations with international changemakers by talking to the author of the Live Music Act, Lord Tim Clement-Jones, and entrepreneur and music investor Lord Paul Strasburger, about what industry can do with lawmakers to find solutions.

Lord Clement-Jones and Lord Strasburger outline their vision of the future for the creative industries with a change in Government.

Ace gives an exclusive insight into how he innovated and steered his huge roster of rock bands through the pandemic.

Lord Strasburger:
“ I’ve been working with Elton John and his big concern is that we’re going to lose a whole generation of new talent, new musicians who won’t find it financially feasible to come into the industry… There is hope, but not under this Government…I think there’s every chance that we will have a change of Government in the next year or two. And that’s when all these problems can get looked at.”

Lord Clement-Jones:
“As long as this Conservative Government stays in power we are not going to change the reality of where we are at the moment…I think after there was a Government supported by the Liberal Democrats there would be certain solutions found. I have some optimism because I think we are at the end of a cycle. I think this government, this party, doesn’t have much longer.”

ENDORSEMENTS
“In a world full of smoke and mirrors, you can rely on Ace to cut to the chase when drawing from his vast knowledge of the music industry. Where sometimes, fact is stranger than fiction!” Richie Faulkner – Judas Priest, Elegant Weapons

“Through his time in rock’n’roll Ace has lived it, tasted it, and indeed digested it, so when he talks, he knows what he is talking about. The music business is in his blood, and he is a rock music historian that is still totally immersed in the ever-changing world of music today.” Mick Box – Uriah Heep

“Ace Trump is a music aficionado, fan and manager… He has countless tales of shenanigans and awe. You should listen, because they’re all unbelievably true!!”
Ricky Warwick – Thin Lizzy, Black Star Riders, The Almighty

“Movies often portray music business types as stuffed shirts sitting behind a desk in a large corporate high-rise. Those people are out there, but not Ace. Ace always has his feet in the trenches and his fist in the air right next to his bands. This gives him an authentic eye on everything from touring to studio budgets and all the dirty work in-between.” Acey Slade – Misfits, Murderdolls

“It is no mean feat to be at the top of the music industry for decades and it doesn’t happen by accident. Times change and whilst many fall by the wayside, Ace is always innovating and adapting. Want to know how to make it in the music industry? Ask Ace.” – Adam Valesco – Head of Cherry Red Records

“Ace is the consummate gent of the management game. When you’ve been around for 30 years like he has, you’ve seen it all. What Ace doesn’t know about the music industry isn’t worth knowing.” Graham Bonnet – Graham Bonnet Band, Rainbow, Alcatrazz

BIOGRAPHIES
Ace Trump
• Co-Founder of Siren Artist Management, managing Europe, Uriah Heep, Thin Lizzy and Saxon among its extensive roster
• Former Journalist; music industry veteran of over 30 years
• Formerly worked with acts as diverse as The Who, Christina Aguilera, Iron Maiden, Asia and Guns’n’Roses
• Ace’s acts have sold over 80m records globally
• Louder with Ace taps into the combined audience of his bands, where
the show will be promoted, with a combined 1.9 billion views and 2 million
subscribers.

Lord Tim Clement-Jones
• Current Lords Spokesperson for the Digital Economy
• Former Lords Spokesperson on the Creative Industries; Culture, Media and Sport; and Heath
• Former Chair of the House of Lords Select Committee on Artificial Intelligence (AI)
• Co-Chair of the All Party-Parliamentary Group on AI; Member of the OECD Parliamentary Group on AI; and the Council of Europe’s Ad-hoc Committee on AI
• Deputy Chair of the All-Party Parliamentary Group on China
• Former London Managing Partner at Global law firm DLA Piper; Head of Government Affairs; and Chairman of the China and Middle East Desks. Currently Consults
• Proponent of the Live Music Act 2012 that removed the requirement to license amplified music for most live music venues

Lord Paul Strasburger
• Entrepreneur and investor in fields as diverse as ticketing, renewable and low-cost property, renewably powered desalination, and technology, among others
• Shareholder in Dice FM, a live music app which (among other features) manages tickets digitally, keeping them safe from resellers, meaning no revenue is lost to the secondary ticketing market
• Director of Big Brother Watch, a prominent organisation defending civil liberties
• Lord Strasburger’s Parliamentary work focuses on fostering open government and initiatives to empower underprivileged youth to succeed and realise their potential.

NOTES TO EDITORS
THE SHOW
Ace’s show uniquely platforms a combination of rock stars, industry luminaries, journalists and the international politicians who champion the industry.

A seasoned, dynamic and engaging raconteur, Ace hosts the weekly Louder with Ace podcast. With his famously wide smile and infectious laughter, Ace invites his audience backstage to the music industry with a VIP-pass to the inner sanctum the business.

Ace is a music industry veteran of over 30 years, having begun his illustrious career as a journalist. He has worked with artists as diverse as The Who, Christina Aguilera, Iron Maiden, Asia and Guns ‘N Roses.

Louder also platforms guests from the arts and culture where Ace is a fan. He discusses his collection music and horror film memorabilia and art (with pieces by The Residents to Salvador Dali and H.R. Giger) and his comic book collections with works by his favorite artists and writers Bernie Wrightson, Michael Kaluta, Alan Moore and Neil Gaiman.

DEMOGRAPHIC
Louder with Ace taps into the combined audience of Ace’s bands, where his channel will be promoted, with a combined 1.9 billion views and 2 million subscribers.

Unusually for the rock music industry Ace’s acts combined audience are both younger and more female than is typical for the sector. 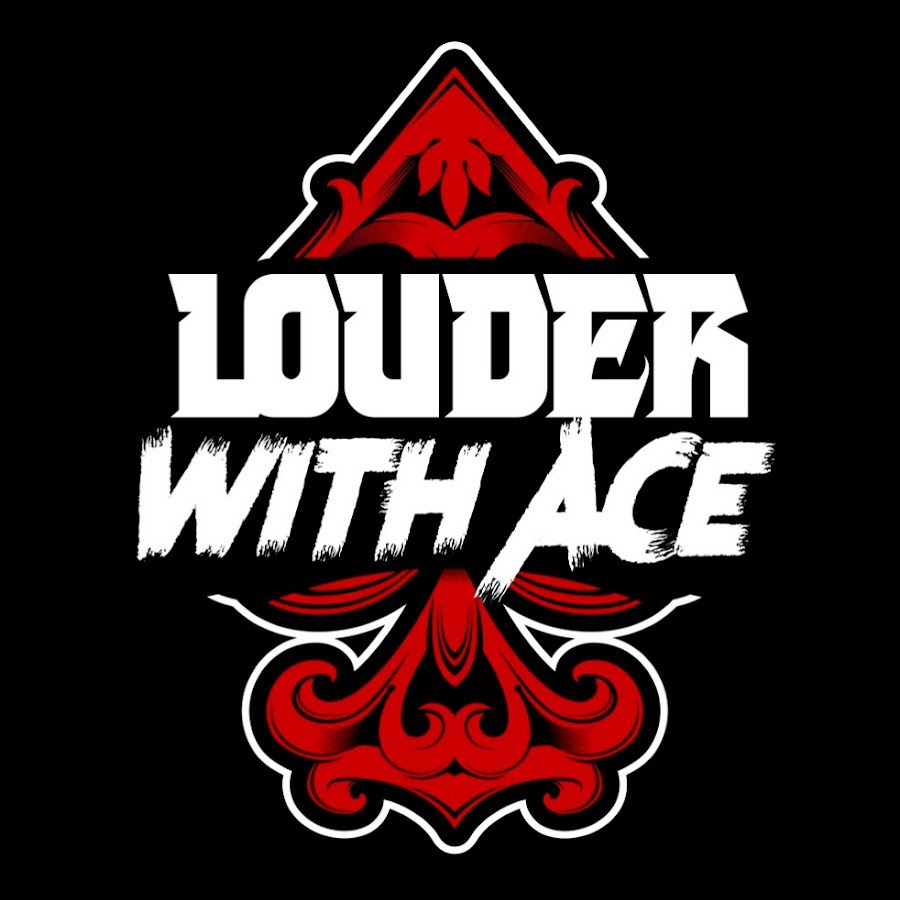